A former high-ranking Air Force officer has accused the Federal Government of doing “bugger all” to bolster Australia’s fuel security, saying it was “simplistic” to use the shortcomings as an argument to drill in the Great Australian Bight.

Since 2010-11, Australia’s net petroleum stockholdings have fallen from its International Energy Agency (IEA) obligations of 90 days’ worth, in the event of market failure, to just 50 days.

The Government’s Australian Petroleum Statistics published in November said this would amount to 21 days of petrol for automobiles, 18 days of diesel and 20 days of aviation fuel.

Retired air vice-marshal John Blackburn, who has been lobbying the Government to improve fuel security since 2014, said if the public panicked or an active military needed to draw from domestic stocks, reserves would be burned much faster.

He said he believed the country would be brought to its knees within a week of a major fuel disruption because Australia’s food, pharmaceutical supplies, water and energy — including the distribution of fuel itself — were all reliant on petrol.

“Guaranteed flow of oil is what’s important, and its stock holding is the spring in the supply chain when it goes on and off,” he said.

“The Government has done little or nothing to guarantee this.” 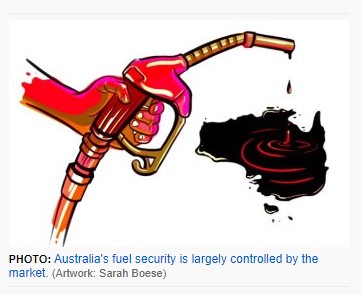 In mid-2018, about 75 per cent of Australia’s crude oil was being imported, mostly from Malaysia but with a sizable portion also coming from the United Arab Emirates.

About 55 per cent of Australia’s refined fuel was coming mostly from South Korea, Singapore and Japan, utilising shipping lanes in and around the increasingly tense South China Sea and leaving supplies vulnerable to overseas conflict. 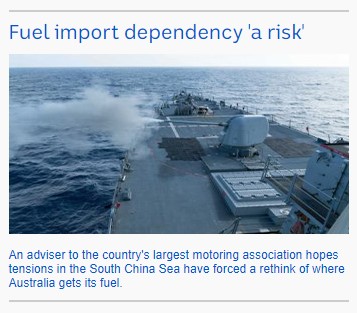 Just 20 per cent of Australia’s crude oil was refined onshore, meaning the majority needed to be sent offshore for refinement before it could be used.

Similar figures were made clear to the Government during a 2015 Senate inquiry, at which time three recommendations were made, including that the Government undertake a comprehensive risk assessment of the nation’s fuel supply.

But a Liquid Fuel Security Review promised for release late last year by former prime minister Malcolm Turnbull has not yet been published, and a National Energy Security Assessment promised yearly since 2015 has again been delayed until the middle of 2019. 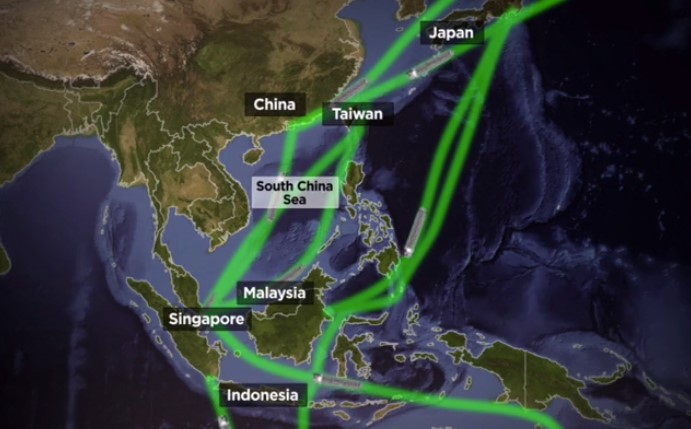 Resources Minister Matt Canavan admitted this month that fuel security was a problem, when he suggested drilling in the Great Australian Bight — a contentious proposal that has already been abandoned by BP and Chevron — was a solution.

“Today that figure has dropped below 50 per cent.

“Increasing our domestic production of petroleum is the best way to secure our fuel supplies.” 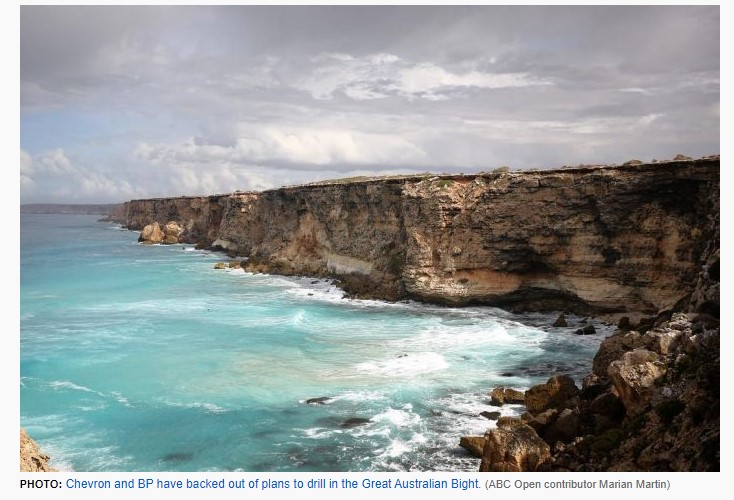 But Mr Blackburn said drilling for oil was a “simplistic” approach that overlooked recent closures in refinery infrastructure and that the Minister was “playing a game” to advocate for mining in the Bight.

He said Australia relied on a “just-in-time” distribution philosophy honed by private companies that meant little fuel was held in storage on land, while much of the country’s fuel was offshore in foreign-owned ships operated by foreign crews.

“You can drill as much bloody oil as you like, but if we don’t ensure that we’ve got a refinery industry and distribution capability on road, rail and sea to move the stuff around, it doesn’t matter.”

“We now import well over 90 per cent of our fuel and that will be 100 per cent before we know it unless government policy changes the direction of the industry,” he said.

“Senior ministers are trying to deflect their inaction to the need for more domestic production and fracking on projects without any approvals.”

When asked by the ABC about Australia’s distribution networks and refinement capability, Senator Canavan responded by focusing on domestic drilling.

“The Great Australian Bight is one of the world’s most prospective oil and gas basins,” he said.

“We should do all we can to see it developed because that will bring jobs and help improve fuel security.”

Federal Opposition resources spokesperson Mark Butler did not say whether Labor advocated drilling in the Bight as part of the solution.

He said it was disappointing the Government had taken four years to recognise the issue was serious enough to warrant a review.

Mr Butler said Labor supported meeting Australia’s IEA obligations along with the yet-to-be-released Liquid Fuel Security Review and would cooperate with it “in any way we can”.

“The security of Australia’s fuel and broader energy resources is of paramount importance, especially in a global context that is increasingly uncertain.” 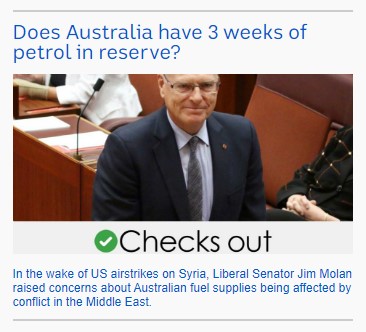 Mr Blackburn said the review was understaffed and could not have been done properly in Mr Turnbull’s suggested timeframe.

He said he also believed the Government’s recent decision to buy three-and-a-half days’ worth of fuel tickets from the Netherlands so it had to the option to “purchase oil in the event of market problem” was insignificant.

“In reality, it does bugger all for domestic security.”

He said he was in the room of a joint parliamentary committee after that announcement, during which time a member asked the department: “If it’s just taken six years to get three days, how long is it going to take us to actually get back to 90 days net imports?”

“And the bloody bureaucrat said, ‘well, we’ll have to get back to you on that, Senator’.” 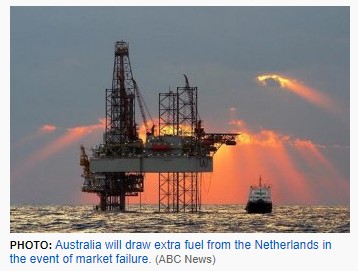 Australia also has government-to-government ticketing arrangements with the United States, the United Kingdom, Germany and Denmark, while a treaty has been signed with Hungary to allow ticketing to occur.